The Camden/Wollondilly Domestic Violence Committee held another successful White Ribbon Day Business Breakfast on the 3rd December 2015. The theme for the breakfast this year was “Domestic Violence Is Everyone’s Business”. It was organised in partnership with Camden Police LAC. All people attending this year were given a coffee cup with the slogan and the DV Committee’s website. The event was a sell out with requests for more tickets, which unfortunately we were unable to cater for.

Camden/Wollondilly DV Committee would like to thank Illawarra Coal for their sponsorship of this year’s event. Their sponsorship enabled us to provide reusable coffee cups to everyone and assisted in the costs for the breakfast.

We would also like to acknowledge the Narellan Chamber of Commerce for their ongoing support of the DV Committee. Their donation of $3000 also contributed towards the breakfast.

Thank you, also, to Rob Doorey for being the MC at the event at no cost. Rob is also a White Ribbon Ambassador and was a fantastic MC for us.

Mr. Rob Hunt spoke about the tragic murder of his girlfriend, Rachelle Yeo. Mr. Hunt is a White Ribbon Ambassador and is committed to speaking out against domestic violence. The Camden/Wollondilly DV Committee thank him for talking at the breakfast.

Another highlight of the breakfast was a presentation showing the intensive work involved with supporting one woman and her children. The presentation outlined the number of hours put into one client over a period of a month. It showed that in one month that the total hours put into this woman came to 189 hours. From a business perspective the $ value came to $7560. This was “one woman, one family, one month”.

Feedback was that the event was a resounding success. We look forward to bringing the event back in 2016. 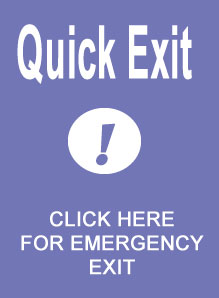